I was named “Miss Little Dream” from my math teacher for being connected to the project little dream organization that has shaped who I am today.

Over this holiday, I volunteer for two and a half weeks for a position to help with anything. Because technology skill is low in my village I have helped with inputting the book’s data into the library system and help anything as I possibly could. Then, I got a position to be a teacher for a day. I, then, rename as their teacher which they pronounce it shortly as “cher”.

END_OF_DOCUMENT_TOKEN_TO_BE_REPLACED

What is cryptocurrency? Google’s definition is a digital currency in which regulating the generation of units of currency and verify the transfer of funds, operating independently of a central bank. Which “bitcoin” was built in 2009 by Satoshi Nakamoto as it is currently grown intelligently.

END_OF_DOCUMENT_TOKEN_TO_BE_REPLACED 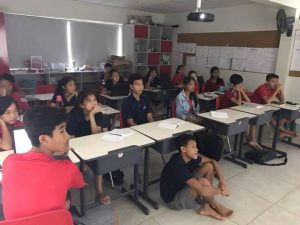 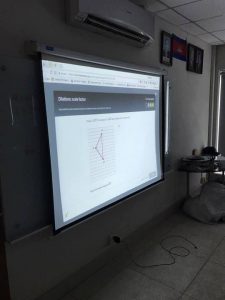 Currently, I studied geometry in Khan Academy on the transformations section. In transformations, there are sub-subjects such as reflection, translation, rotation, and dilation. My teacher is brilliant at teaching, however, this subject isn’t one of them, so I learn independently from Khan. In order to maximise my learning, I have two books for formula and class practice. As a student I always curious about a variety of solutions to solve one problem. Usually, I search GOOGLE and YOUTUBE for more outside knowledge. This is how I behave as a student to maximise my learning.

I had involved in two different starts up business with coding. However, I wasn’t having a basic understanding of Java nor JavaScript which my first two language was HTML and CSS. Currently, I approach my dream to learn the basic coding language, JAVA, in AP computer science class. The teacher made a plan to take the test the coming up May which I don’t think I am ready, which most importantly if I would to not pass it might waste three hundred dollars because the requirement is to have zero incorrect. However, I will keep myself with Java because I might expect it to be one of my major in university. Also, my lifetime goal is to motivate more girls into technology and to shows girl power in the technology industry. I hope you are on my side to cheer me up.

Three samples or more of what you have done.

The Comparison of Technovation coding and Java now.

On October 7th, 2017, the whole senior cohort did the preparation for the SAT test. We got a week to get ready and learn some strategies for both literacy and math. The strategies that I learned from math is to read questions carefully for your comprehension and try to illuminate answer choices of course. Also, if any area we had never learn just guess because SAT Doesn’t extract your score if your answer were to be wrong. However, in literacy, it’s mainly about reading comprehension and writing structure, which the strategies are similar to math but the question form is totally different due to the wordings. Furthermore, there are tree and forest question. Tree questions are optional without needed to read the passage which the forest questions are mainly asked about the comprehending of the passage like the summaries and analysis. Even though it was my SAT test, but I am ready to get the consequence of what I did and learn from those mistakes.

In 2015, I participated in Technovation, global girl technology competition, with an idea of building an app to help farmer find the market. Based on our effort, we passed to the semi-finalist. Afterward, we joined the Technovation 2016 with an intention to receive the judges’ feedbacks on our idea because we wanted to develop it into a real solution. My team name is LiGeek and the app is called ImEx, import & export. The second chance of competing with other girls, we won a national pitch and receive a price of $200 with an Ipad. However, I didn’t give up on my idea because, currently, I am working on developing the idea into a stage that solves the farmer’s issue with finding a market. As a participant in Technovation and being a coder of the team, I positively believe that girls could code. I am a suspicious person with technology, yet I got a fear in believing that girl can’t code. Also, the percent of coders in my school are boys. Thus, I decided to forsake that dream. Nevertheless, currently, I am not an advanced coder, but I believe I could code and use these skills to solve the society’s issues. Lastly, I want girls to believe in themselves and take a move in anything they like without thinking about the gender stereotypes.

A film called First They Killed My Father, directed by Angelina Jolie, was filmed in Cambodia for three months. I was one of the main character’s family name Keav, the biggest sister. In order to receive this role, I had to pass the cast acting test and compete with other Cambodians. This stupendous opportunity wasn’t about being in the film, but I was representing all Cambodian’s life during the genocide, especially the Loung’s family. This movie premiere in Cambodia was on February 20th to 23th in Phnom Penh, Siem Reap, and Battambang. Then, there was another premiere is in New York on 16 of September. During the event, I met other actors such as John Voight, Angelina Jolie’s dad and actor, and Charles Smith, the NBA basketball player. From this experience of being an actor in this memorial movie is the biggest achievement to shows the world of Cambodia history, as well as, passing the message that genocide causes thousands of death and separation that most of the Cambodians will never forget. However, most importantly, the family in the movie are contemporary becomes my new family with our love from working together and take care of each other. Furthermore, I learned about Khmer Rouge before I involved in the movie, although I receive tons of information, being a part of the film was like being there during the Khmer Rouge genocide. 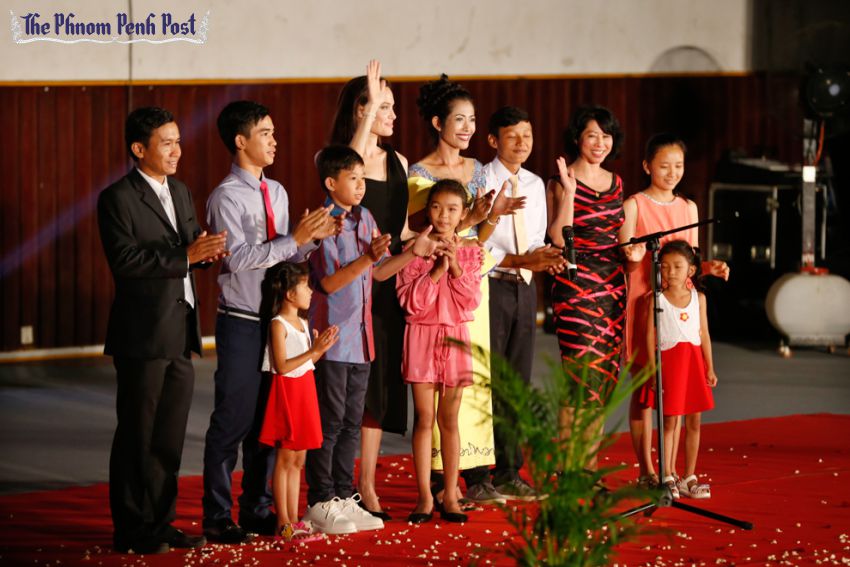 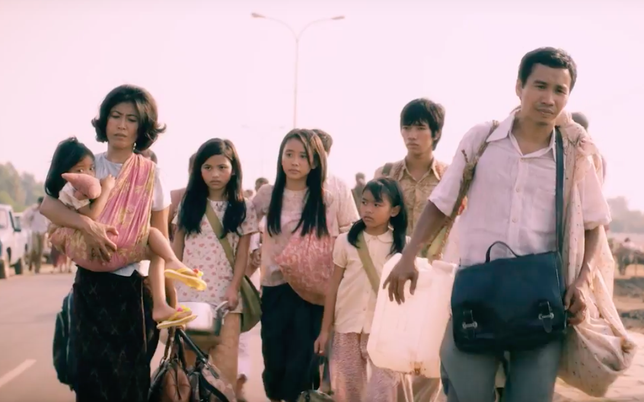 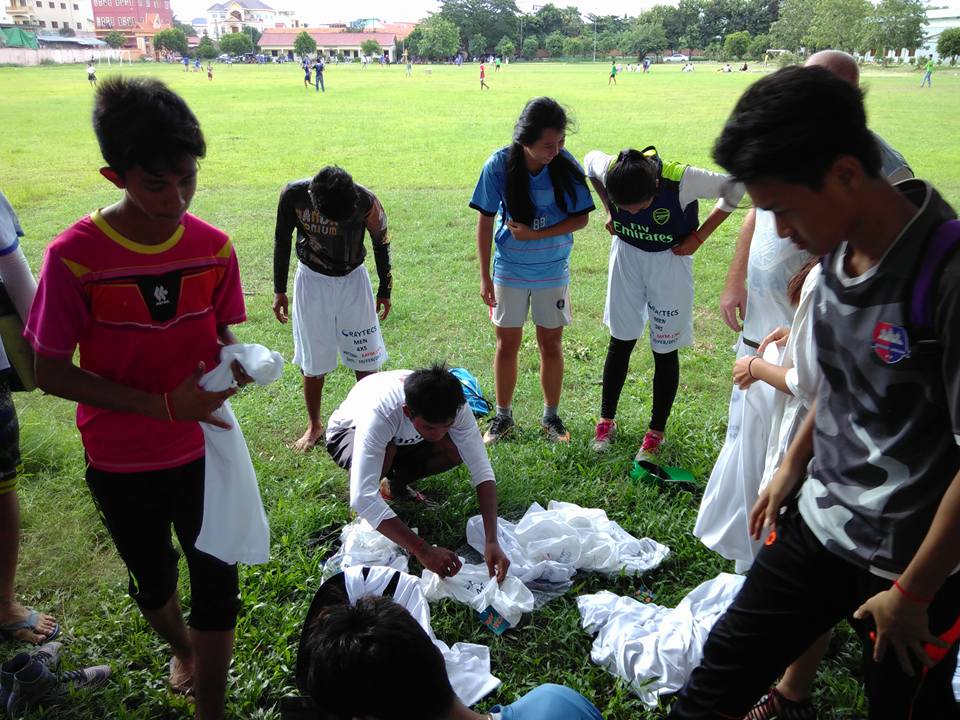 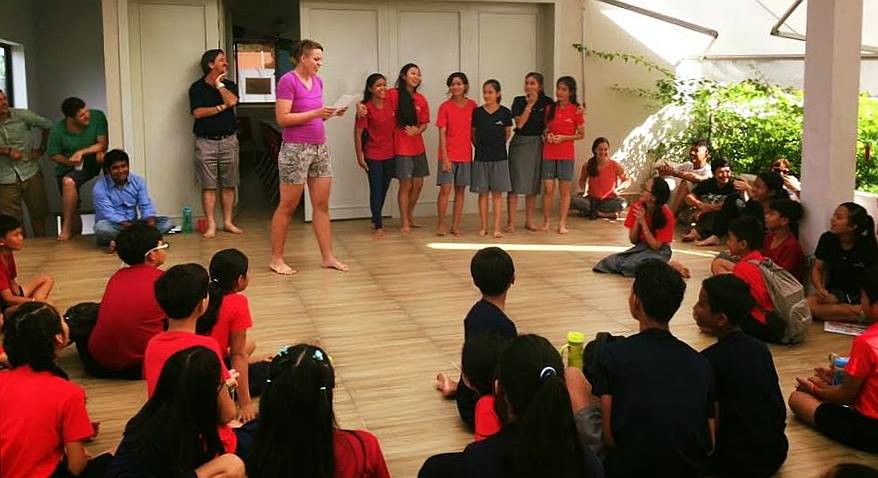 The Liger Announcement of qualifying six students to be participated in the Manila Competition.

On August, 17th to 20th of 2017, I was in a frisbee competition in Manilla, Philippine with other Cambodia’s representative players. My whole team was trained for a three month-course from local coaches and international frisbee players. In order to form a team, there was a selection noticed by the coach based on the person potential, effort and determination. I got selected and other five Liger girls. The team name is Yak Or. There were thousands of people with around a hundred teams. I couldn’t believe to be a participant at the age of 14 years old that would compete with those professionals and international players. The whole weekend of playing frisbee was a marvelous adventure for me in exploring how international competition is like and, most importantly, increase my utilities in playing frisbee. From this experience, I comprehend that boy and girl team were having their own technique of playing. Most of the man team are most likely to pass a far-distance for scoring. Which the girl team made a short pass and did a lot of fakes. Moreover, as a mixed team experience boy didn’t pass so much to the girl, however, unless the boy understands the girl’s ability in receiving the catch. Yet, my highlights in playing frisbee are to have a strong collaboration and most of the time you are learning from your mistakes.

I have only four year to get Diploma from Liger. Also I have to learn many thing to get a skill that I want before going to university. I love computer science, so I try everything that is related to technology. As an example “animation”. I choose this is because I wonder how people make the picture or painting moving. Especially I watch cartoon every times, so I just want to have my own animation that establish by me.

I started to learn animation during my Independent Discovery time.I have putted a lot of effort in this project. So I try every software as I can such as: Spriter Animation, Pencil, Adobe After effect, Pivot, Dragon Bones and etc. Now I am searching for mentor or any free class on the website (tutorial). 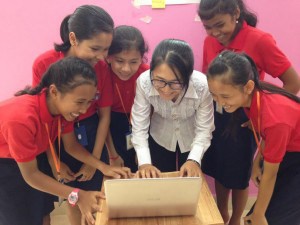 ImEx is standing for Import and Export. As we know that agriculture problem is really big in Cambodia because 80% of the population is a farmer. This application was inspired by five-Liger students. They are trying to build this application. At the moment, they are trying to find investor and coder to help them to accomplish this goal. 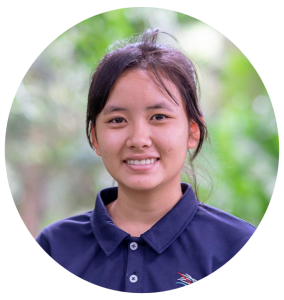